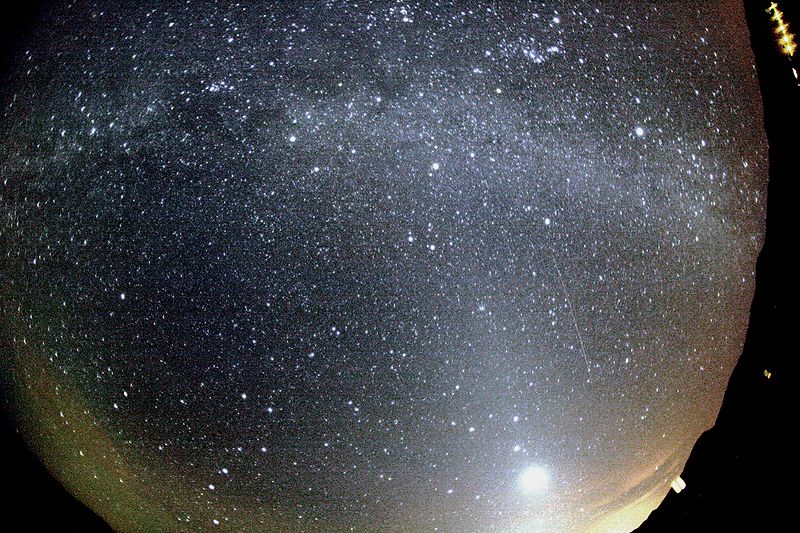 Zodiacal light is a faint white glow in the nighttime sky. There are space dusts in the zodiacal clouds that when hit by the sun’s light, give a white glow on a dark night here on Earth. On an evening when there is no moon, it is said that 60% of the light in the sky comes from the zodiacal light. This light decreases as the sun comes near.

In 1683, the astronomer named Giovanni Cassini studied about the zodiacal light and in the year after, it was Nicolas Fatio de Duillier who gave an explanation of it. If you would like to see this light clearly, you can do so during a dark evening in February and March under the clear western sky and if you are in a mid-northern latitude. If you see a triangular-shaped light, you are looking successfully at the zodiacal light. In October, it can also be seen before twilight in the morning on an eastern sky. Make sure that the moon is not present when you are searching for it.

What makes the zodiacal light amusing is that it cannot be discerned by a telescope or any other optical device but it can be seen by the eyes alone. This is because of its vast size and low surface brightness. When meteors enter the Earth’s atmosphere, some of these space dusts can then be seen properly.

The Zodiacal light is not the same as twilight which occurs twice in one day when the sun is about to set and rise.

Comments - One Response to “Zodiacal Light”