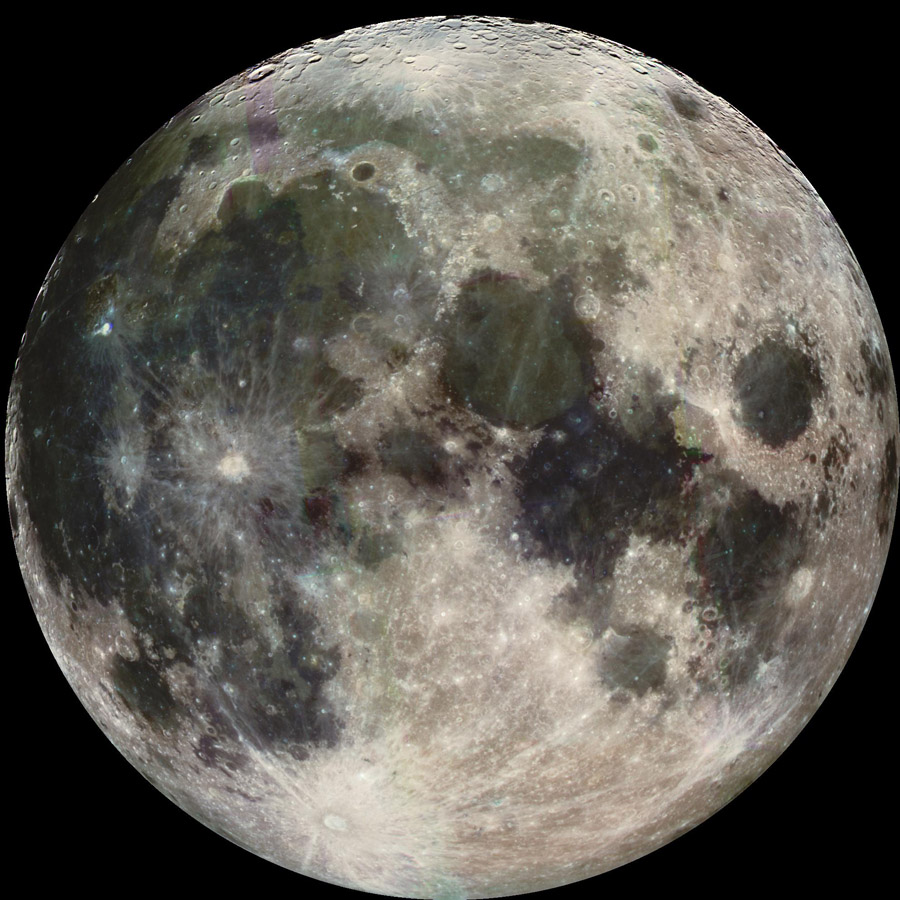 2. The Moon is the fifth largest satellite in our Solar System.

3. The Moon is a little more than one-fourth the size of Earth.

6. The Moon rotates at ten miles per hour.

12. The Moon does not have an atmosphere; there is no wind on the Moon.

14. The Moon’s gravity affects the oceans on earth.

15. When the Moon is directly above you and you are along the coast, you will encounter a high tide.

16. Neil Armstrong became the first man to walk on the moon.

17. Apollo 11 was the American space mission to first reach and land on the moon.

18. Only one side of the Moon is visible from earth at any given time.

19. The moon has four phases, the first quarter, last quarter, the full moon, and the new moon.

20. Lunar eclipses occur when the Earth is located in between the Sun and the Moon.

21. Solar eclipses occur when the Moon is between the Sun and Earth.

22. The Moon orbits around the Earth every 29 days.

23. The craters found on the moon’s surface are caused by asteroids and comets when they crash onto the surface of the moon.

25. It takes the Moon the same amount of time to rotate on its axis that it takes to orbit around the Earth.

26. A Harvest Moon is actually a full moon that appears during the autumnal equinox, which is around September.

27. A Hunters Moon is sometimes called the blood moon and even sanguine moon. This full moon occurs after the harvest moon.

28. A Super Full Moon appears brighter and larger than a normal full moon. This occurs a few days prior to spring equinox.

29. The ashes of Dr. Eugene Shoemaker, a man who was declined to be an astronaut due to medical conditions, were flown into a crater on the moon on July 31, 1999 as his dying wish.

30. Any footprints made by astronauts on the moon are still there and will remain for millions of years because the moon has no atmosphere or wind.

31. Astronaut Alan Sheppard drove a golf ball 2,400 feet, or almost half of a mile, while on the surface of the moon.

32. Back in 1988, of people who were surveyed by the Lowell Observatory of Flagstaff, Arizona, 13% believed that the moon’s surface was indeed made of cheese.

33. Of the things that have been left by humans on the moon, some include: Apollo 17 commander Eugene Cernan’s camera, human waste from astronauts, commemorative plaques, American flags, defunct lunar rovers and mirrors that NASA uses to gage the distance from the Moon to the Earth.

34. The moon is shaped like an egg, with the larger end pointing toward the Earth.

35. President Nixon had a speech ready to read in case the moon mission was a failure. Copies of the transcript can be found online.

36. The American flags left on the moon are most likely bleached white now from solar radiation.

37. During the Cold War, the United States had considered detonating nuclear weapons on the Moon to demonstrate its power to the Russians.

Comments - 45 Responses to “The Moon Facts”