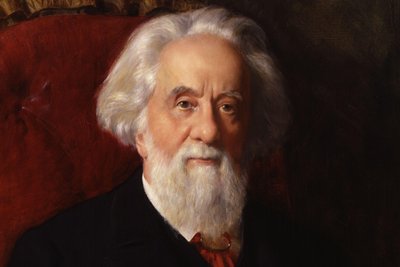 Sir William Huggins born on February 1824, was an English amateur astronomer. An amateur astronomer is someone who basically enjoys watching the night sky, enjoys backyard stargazing and observing the plethora of celestial bodies found on the vast atmosphere. Though this certain title does not focus on achieving scientific goals, they also make significant contributions in astronomy by tracking transient objects like comets and asteroids. Sir William Huggins contributed richly in the field of astronomical spectroscopy. He married Margaret Lindsay, who was also interested in astronomy and scientific research. She believed that her husband?s skill in photography would help her systemize their research. He is today best known for his pioneer work in astronomical spectroscopy.

William Huggins built his own private observatory in 90 Upper Tulse Hill South London, where he and his wife became immersed in extensive observations of the spectral emission lines and absorption lines of different celestial objects. Huggins made a huge contribution in astronomy by identifying the spectrum of planetary nebulae on his analysis of the NGC 6543. He distinguished the differences of the nebulae and the galaxies by presenting that nebulae, like the Orion nebula, displayed pure emission spectra characteristics of gas while the galaxies, like the Andromeda galaxy had a spectra characteristic of stars. He achieved this observation with the help of his neighbor William Allen Miller, who is a chemist. In the field of photography, he was the first to adopt the method of dry plate photography in imaging astronomical bodies.