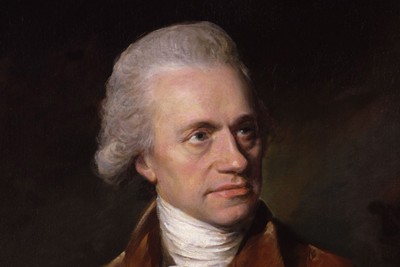 Frederick William Herschel is a British/German astronomer, music composer and technical expertise famous for his comprehensible discovery of the Uranus and its additional moons, Oberion and Titania.

Herschel was born in Hanover, Germany on November 15, 1738. His father, Isaak Herschel, is of Jewish decent while his mother is German. Herschel spent his childhood years playing musical instruments such as the cello, oboe and harpsichord. Before he was involved in the field of astronomy, Herschel was already able to compose 24 symphonies and compositions for German concertos. In 1761, Herschel moved from Hanover to Sunderland when he was appointed by Charles Avison to play for the Newcastle Orchestral Group. In April 20, 1761, he composed the “Symphony 8 in C Minor” for the “County of Durnham in Sunderland” concerto. Herschel became the musical conductor and head of the Durnham Militia in 1760.

In 1773, Herschel became interested in astronomy and mathematics. He acquainted with great English astronomer Nevil Maskelyne and introduced him to astronomy. Herschel started his studies in astronomy and mathematics through the use of telescopic reflectors and prime metal mirrors. In 1781, Herschel conducted a survey on the “6-inch magnitude stars” that appeared at his home along the New King Street. Russian academic professional Anders Lexell volunteered in computing the orbit from the stars and agreed with Herschel’s observation. He named one of the planets from the orbit as “Gregorium Sidus (Gregorian Star)” after the great King George III.

In 1782, Herschel was appointed by the Royal Society as “The King’s Astronomer”. Along with his sister Caroline, he decided to move to Berkshire on August of the same year to continue his astronomical observations. In 1783, Caroline received honors from the Astronomical Royal Society for her key contributions to his brother’s discovery of the stars and comets.

Herschel got married and had one child named John on March 1792. In August 25, 1822, he died at the Windsor Observatory House in England at the age of 84. His grave is currently situated at the St. Laurence’s Church. John became his successor during the late 18th century.