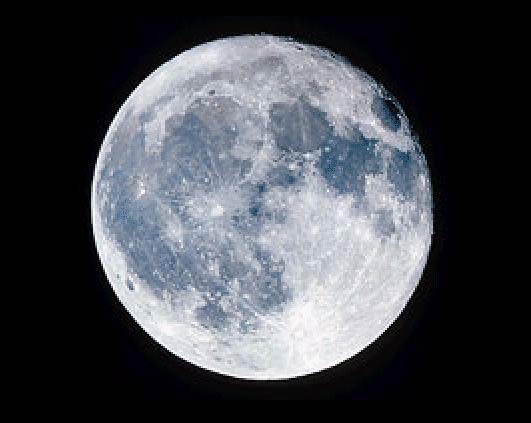 Many people may not be aware of why the moon is important to us here on Earth. The evidence from the fossil record clearly shows that all life began in the oceans. At some stage, plants and creatures adapted to live on land. From the earliest land life, every living thing on land, from humans to animals, to plants, to fungi, to microorganisms, has evolved.

The key question is how could the earliest life-forms leave the ocean environment and adapt to live on land? It is almost certain the moon played a vital role in the transition.

The effect of tidal flow is most noticeable on coastlines. Twice every day the water level rises and then recedes again. Every time the sea recedes, numerous plants and animal organisms are left stranded in pools or clinging to rocks. These living organisms have had to adapt to living outside their normal environment. Eventually, many organisms adapted to spend all their time outside the sea, giving rise to all life on land.

Without the moon being present, tidal flow would be barely noticeable and there would be less opportunity for sea creatures to adapt to a land environment. It is possible that life on land could have developed without tidal flow but it is unlikely it would have done so as quickly (relatively speaking) as it did.

Why the moon is important in influencing the Earth’s climate is also significant. The moon’s gravity has the effect of slowing down the Earth’s rotation. If the Earth’s rotation were faster, then every day would be shorter. Shorter days would result in the temperature on Earth taking a substantial drop because there would be less time for the sun to heat the Earth. This would have a major impact on food production.

Comments - 3 Responses to “Why is the Moon Important?”