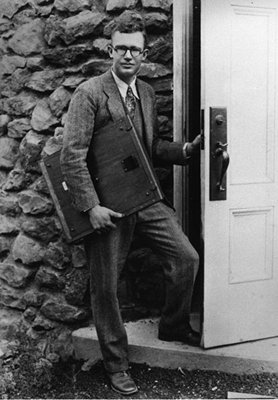 In 2006, Pluto was demoted from a planet to a dwarf planet. It is currently the second biggest dwarf planet known to man in the Solar System (Eris is currently the biggest). From 1930 to 2006, it was believed to be the farthest planet from the Sun and, naturally, Earth. This distance is the reason why it took several years before experts discovered that Pluto cannot be considered as a planet (the doubt regarding its status, however, long existed, specifically during the 1970s). It took years to probe Mercury; it would take even longer to even fully explore what was the last planet in the Solar System.

In any case, it was Clyde Tombaugh who discovered Pluto. However, even before his discovery, many astrologers and experts already guessed that there was another planet beyond Neptune. During the 19th century, observations made on Neptune produced the finding beside the 8th planet of the Solar System, there is something else disturbing the orbit of Uranus—something beside Neptune. It was during the early 1900s that the Lowell Observatory in the state of Arizona in America started a project to discover “Planet X,” the possible ninth planet.

Tombaugh handled the job of searching for the ninth planet. Using 13-inch astrograph and, later on, a blink comparator of the observatory, he was able to notice a moving object during the search. Further inquiry revealed that it was not an asteroid, hence placing it into the planet classification. The planet was named Pluto after the suggestion of Venetia Burney. The name fits the planet perfectly, as it is from the name of the god of the underworld from Roman mythology.

Comments - 9 Responses to “Who Discovered Pluto”