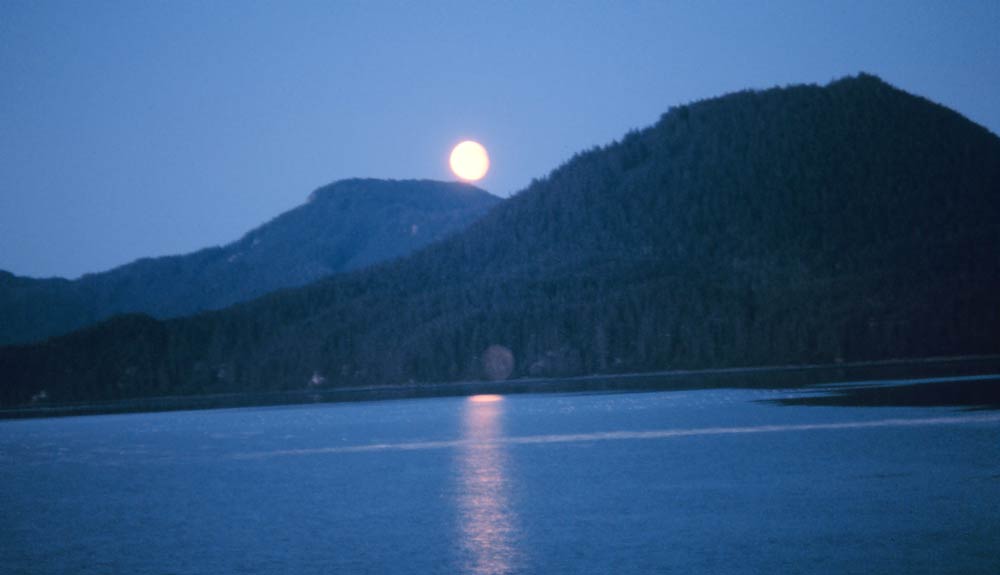 Where the moon is depends on the time of day and the day of the month. This is because the moon continually orbits around the Earth. Each orbit takes about 27.3 days.

Because the Earth is also spinning on its own axis, the moon will only be visible to an observer on Earth for a few hours each day. Even though the moon can be seen to rise in the east and go down or set in the west, it is actually traveling in a west to east direction around the Earth. This means that moonrise will be later each day because the moon has moved further to the east since the previous day.

The moon will not be visible to all parts of the Earth every day. Because of its orbital path around the Earth, the moon may remain below the horizon depending where on Earth the observer is.

Most people associate the moon with the night sky. This is because the moon appears much brighter when the Earth is dark. In reality, the moon is in a visible position just as much during the day as at night. Each new moon rises in the east at the same time as the sun. During daytime, it may be difficult to see the moon.

The moon travels around the Earth at around 2,300 mph. Given its size and relative proximity to Earth, it is easy to observe the moon moving. If you hold a book against a window so that just a tiny bit of the right-hand side of the moon is visible, you will clearly see the moon emerging quite quickly from behind the book.

So, where is the moon relative to Earth? The moon does not orbit the Earth in a perfect circle. Its orbit is elliptical in shape, more like a football than a soccer ball. The elliptical shape of the orbit means that the moon’s distance from the Earth varies somewhat. At its closest, the moon is 221,457 miles from Earth, and at its furthest it’s 252,712 miles.

Comments - No Responses to “Where is the Moon?”