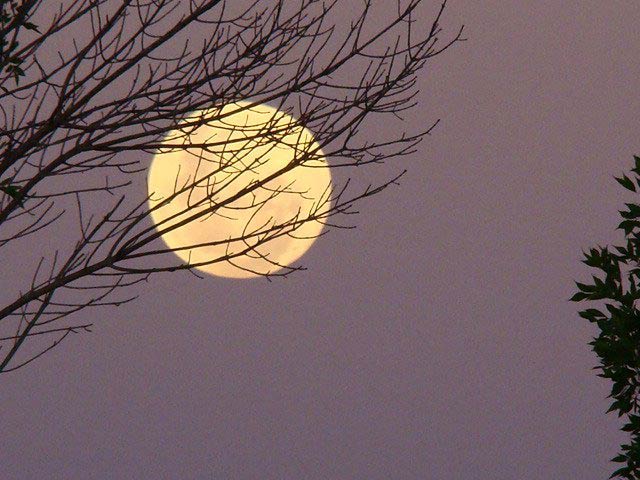 If you have observed the night sky, you would have noticed the Moon does not rise at the same spot every night nor does it rise at the same time. Ever wondered why this happens? There is a scientific explanation for this. To understand this phenomenon better, the revolution cycle of the Moon should first be explained.

1/27.3 days translates into roughly 50 minutes. With each passing day the Moon will rise approximately 50 minutes later than it did the previous night and set 50 minutes later too. The Moon follows this pattern for a month after which the cycle begins again. This is because the Moon takes around one month to orbit the Earth.

Change in the rising point of the Moon

The Moon does not rise at the same point every night. The Moon rises at different positions on the horizon because its trajectory around the Earth tips towards the Earth’s equator at 5 degrees angle. While the Moon orbits around the Earth its position with the Sun is constantly changing. As it moves around the Earth it rises in the east, moving either north or south depending on the time of the year.

Comments - No Responses to “Where Does the Moon Rise?”