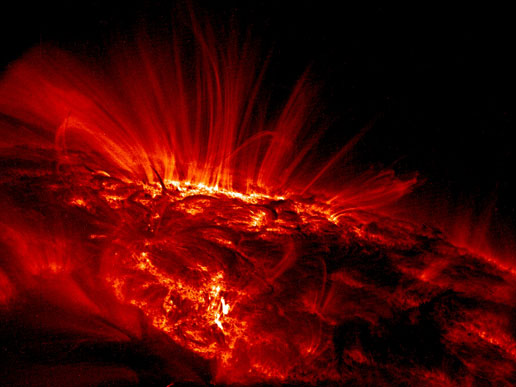 Does anybody know when was the Sun discovered? The Sun has always been there in our solar system, giving warmth, light and life to Earth. Ancient people have depended on it for a long, long time. They have worshipped it, gave it a name and sacrificed for it. Even before there were people, the Sun was believed to have already been around. So, the question is not really when the Sun was discovered but instead: When was the Sun first discovered as a star?

During the time of Anaxagoras the Sun was considered a god. When he first suggested in 450 BC that it is a very hot stone, that was the first time the Sun was described as anything close to a star. Unfortunately, his community did not approve of such an idea. Even the scientists and astronomers before had a hard time voicing out their concern because of fear of being imprisoned. From the time of Ptolemy in 140 AD up to Isaac Newton in 1665, continuous theories and studies had been made concerning the Sun and the other planets as well.

As science became more and more advanced, intense studies on the Sun were conducted. It was around the 1930’s when the astronomers and physicists finally knew and understood how the Sun truly works and how the process of fusion has fuelled this star in order to produce enormous energy, light and heat. It was during this time and up until now even more information is being discovered with regards to the Sun and its inner workings.

The Sun was studied and observed ever since people had the ability to. It has taken us years and countless brilliant minds and yet, we have only really scratched the surface of this wonderful life-giving celestial body.

Comments - 13 Responses to “When Was the Sun Discovered?”