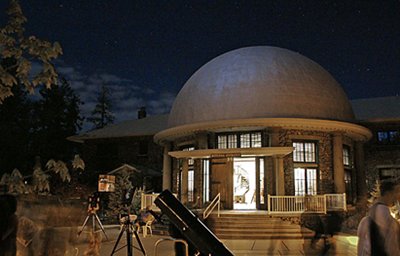 Five of the known planets in our solar system are easily visible through our naked eyes because of their brightness and size and these have been known by people for about thousands of years. Pluto, because of its size, has been referred to as a Dwarf Planet and due to this; it may be difficult for any person to discover it. That is why it is only on the 18th of February on the year 1930 that planet Pluto was discovered. The discovery was made by an astronomer named Clyde Tombaugh, who works in Flagstaff, Arizona for the Lowell Observatory.

At that time planet Neptune and Uranus had long been discovered but astronomers at the observatory are so certain that there are still planets that are left undiscovered in the solar system. Because of this, Vesto Melvin Slipher, director of the observatory assigned Tombaugh to do the job of discovering the next planet, which they referred to as planet X.

For the assignment, Tombaugh utilized a tool named blink comparator for the purpose of making comparisons of two photographs in the night sky. His work was done methodically. He compared two photographic plates searching for any signs of the presence of the planet. Finally on 1930, Tombaugh’s efforts were compensated. He was able to finally discover planet Pluto, which was seen as a faint object at the right part of our orbit. The name for the planet was actually chosen by Venetia Burney, a British school girl at an age of 11. The name also matches the initials of the person that the observatory was named, Percival Lowell.

Comments - 10 Responses to “When Was Pluto Discovered”