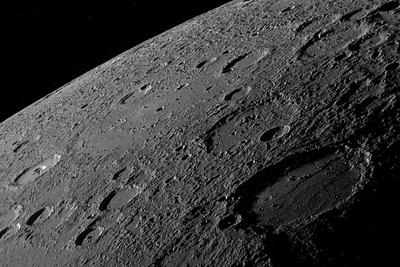 Mercury is the planet that is closest to the sun. It is also the smallest. These two factors make it hard for experts to thoroughly probe Mercury. So far, only two spacecrafts have flown to Mercury to collect data: the Mariner 10 in 1974 and the MESSENGER spacecraft in 2008. Still, even with these two probes, there hasn’t been a complete mapping of Mercury. The MESSENGER will return in 2011 to map the planet’s entirety, only no one knows if the complete probe can indeed be done.

Even with the recent probe, there is no large amount of information on the planet. Therefore, is it safe to claim that there is also no ancient information about this elusive planet? The answer here is actually somewhat surprising. While like the other five planets closest to the sun (excluding Earth, of course), no one really knows the exact date when Mercury was discovered, there are ancient astronomers who have recorded data on ancient Mercury even before Nicolas Copernicus and Galileo Galilee.

Perhaps the best known and the earliest recorded observation of the planet can from the Babylonian tablet called the Mul Apin. According to estimates, these tablets were compiled during 1000 BC or the first millennium. The Babylonians called Mercury on the tablets as Nabu, the god of writing and writing for the Babylonians. Astrologers in ancient Greece and China also have recorded information and observations of the planet. Of course, it is a given fact that Copernicus and Galileo made the all information discoveries regarding the true nature of Mercury, as well as the other four planets.

Comments - 54 Responses to “When Was Mercury Discovered”