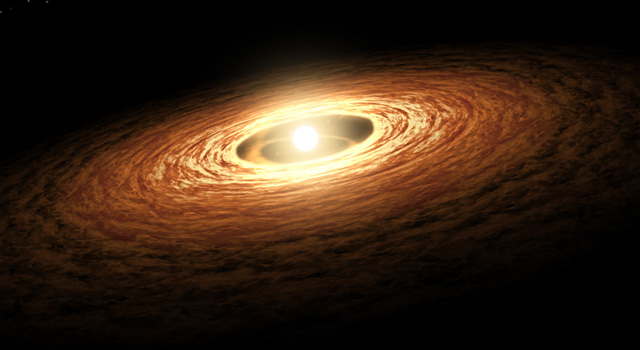 Our solar system consists of the Sun, nine planets, their moons, planetoids/asteroids, meteors, and comets. The members of the solar system or the Sun’s family are the planets which revolve around the Sun. Planets rotate on their axis and shine through borrowed light from the Sun.

Many have mistaken the Sun for a planet. In reality, the Sun is a kind of a star and is usually the only star that we can see in the sky during day time. A star is a ball of hot and luminous gas mostly made up of hydrogen and helium. These gases are held together by gravity. Its gravity holds the spinning gases and great amounts of energy within the core.

Great amounts of energy produced within the core are released at its surface. Energy is released as heat and light at the Sun’s surface. The Sun is only one of billions of stars scattered in the sky. It appears larger and brighter when compared with the other stars. The Sun is an average-sized star. Compared to other stars, it has medium brightness. But because the Sun is closer to Earth than the other stars, it appears larger and brighter.

Scientists have found out that a star may change in color. The star’s color is related to its brightness and brightness also changes when a star changes in color. It has also been found that a star goes through the stages or what we might call a life cycle.

A young star might start off with bluish-white light. As it gets older, it changes into a yellow star. Our Sun is a yellow star. Some refer to our Sun as a yellow dwarf, owing to its smallness relative to other stars. Further cooling changes a yellow star into a red one. By this red phase, the star would have expanded until it collapses from the inward force of its own gravity.

That means, the Sun being a star, would soon collapse when it gases are used up. But there’s no need to worry. According to scientists, the Sun has been burning for more than 4 billion years and will continue to burn at twice this duration.

Comments - One Response to “What Kind of Star is the Sun?”