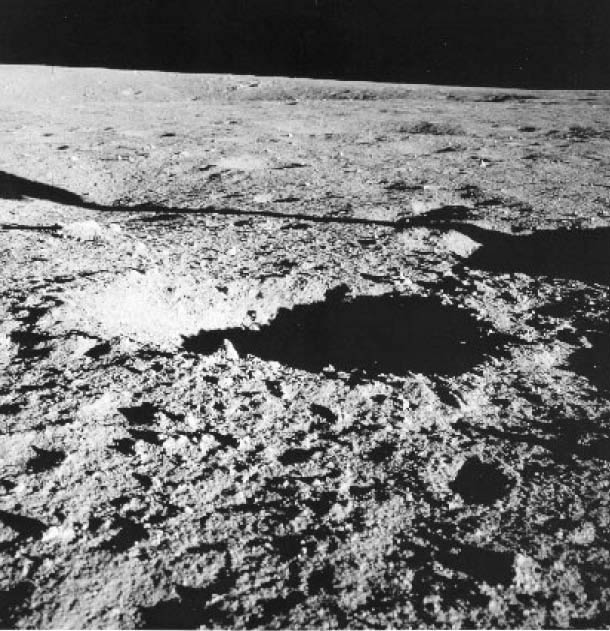 The moon, Earth’s only natural satellite, is a rocky and cratered world. Though it seems to be forbidding and sterile, it’s actually a fascinating place, especially regarding what it’s made of. The most abundant elements that make up the moon are iron, silicon, and oxygen. The moon’s small core is made out of iron.

Many scientists believe that the moon is a result of a collision during the early years of the solar system. A planet about the size of Mars and another that was nearly the size of Earth collided and the moon was part of the detritus. When the moon was new, scientists hypothesized that it was covered in magma, or molten rock. As time went on, the magma cooled and formed iron, olivine and magnesium silicates that sank beneath the surface. Meanwhile the infant moon was subject to bombardment by other celestial bodies.

The billions of years of being struck by meteors, comets, and asteroids have caused the moon’s surface to be filled with a powdery layer of soil called regolith. The depth of the regolith can vary between 6.5 to 66 feet. The composition of the regolith depends where on the moon it’s found. The lunar highlands have abundant amounts of aluminum and silica, while the regolith of the lunar “seas” are full of iron and magnesium.

Maria means oceans, although these oceans don’t have water. They’re the result of volcanic eruptions that deposited basalt, a volcanic rock, on the surface of the moon. Basalt is dark and that’s why these look like dark areas on the moon. Some of the volcanic eruptions also produced glass, which is commonly found even after eruptions on Earth. These small glass spheres contain titanium, which gives them their color. Green spheres have the smallest amounts of titanium, and the red spheres have the most.

Comments - No Responses to “What Is the Moon Made Of?”