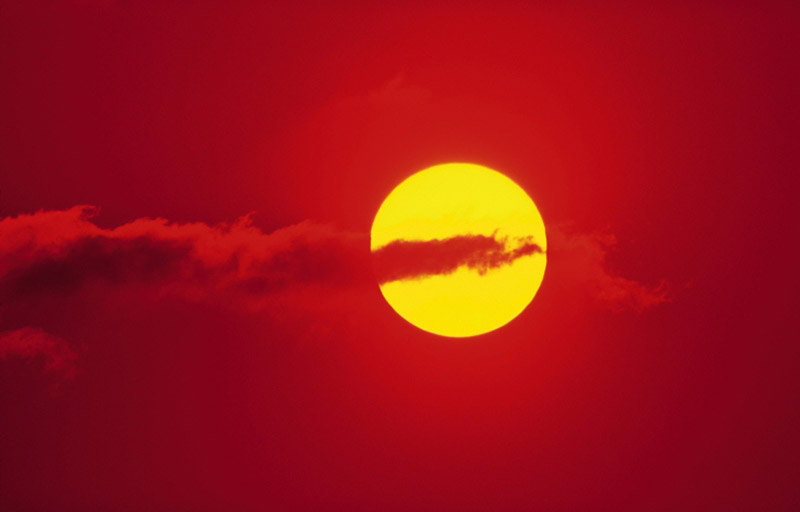 In science, sunlight may be defined as the total frequency spectrum of the electromagnetic radiation that is emitted by the Sun. On earth, the atmosphere filters the sunlight before it touches the surface. When the Sun can be seen in the horizon, there is visible evidence of its radiation. This is commonly known as sunlight or daylight.

When the Sun can radiate freely to the earth without clouds obstructing it, sunshine is experienced. It is a blend of radiant heat and bright light. Sometimes, the clouds block the direct solar radiation and force it to reflect off other objects. Instead of sunshine, what is experienced on Earth is called diffused light.

The World Meteorological Organization uses the phrase “sunshine duration” to refer to the cumulative time that a specific area on earth receives direct solar irradiance of at least 120 watts per square meter. To record sunlight, devices such as a sunshine recorder, pyranometer, pyrheliometer or sunshine recorder are used. Because of the great distance between the earth and the Sun (approximately 93,000,000 miles0, sunlight travels for about 8.3 minutes before it reaches the earth.

Effects of Sunlight on Human Health

Sunlight provides vitamin D for the body and according to recent studies, sufficient sunlight exposure during an individual’s early years lessens the risk of having multiple sclerosis (MS) later in life. Unless sufficient amount is received through proper nutrition, lack of exposure to sunlight can cause vitamin D deficiency which is one of the main causes of seasonal affective disorder (SAD), a form of behavioral ailment.

SAD is prevalent in areas far from the tropics. To treat the disorder, light therapy is applied by simulating sunlight through the use of lamps, among other medications.

Too much sunlight exposure, on the other hand, can lead to various types of skin cancer caused by ultraviolet radiation. Sunburn is also a result of overexposure to the sun’s rays. This can easily be prevented by using sunscreen creams or lotions. Excessive UV exposure can also make the skin age faster which may be more difficult to remedy.

Comments - No Responses to “What is Sunlight?”