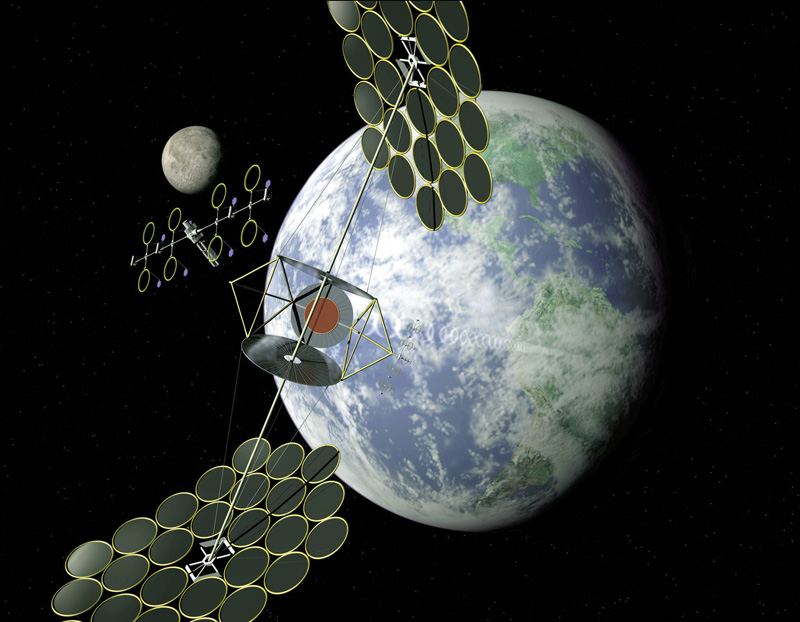 Space-based solar power or SBSP is another way of harnessing the power coming from the Sun. It is a process of collecting solar energy in space and bringing it down for use on Earth. If you are familiar with the usual method of solar power collection on the earth’s surface that makes use of solar panels, SBSP is not that too different. Only this time the solar panels used to collect the Sun’s energy are located on space, on a satellite in orbit. This satellite is called a solar power satellite or SPS.

Collecting the Sun’s energy on space is much more efficient than when it’s done on the Earth’s surface. First of all, the obstructions that reduce the capacities of Earth surface solar power collection are almost non-existent in space. Satellite based solar panels can also collect solar power on a 24 hours per day basis. An Earth-based solar collector can only do it for 12 hours at most. 24 hours per day collection can be achieved at the Earth’s poles but it is very inconsistent. Not to mention the fact that it can only be done for just six months of the year.

Weather and climate which are very common concerns for surface collectors don’t affect an orbiting satellite collector at all. A satellite might also have the capability to direct power to Earth surface locations that need the energy the most.

However, space-based solar power has its own share of problems as well. The most glaring of these problems is on how the solar power collected by the satellite can be transmitted back to Earth. Using wires that extend from the Earth’s surface and connect to an orbiting satellite is both impractical and impossible. So SBSP designs that make use of wireless power transmission systems have been proposed by many. These are however still under development and not yet being used.

Comments - No Responses to “What is space-based solar power (SBSP)?”