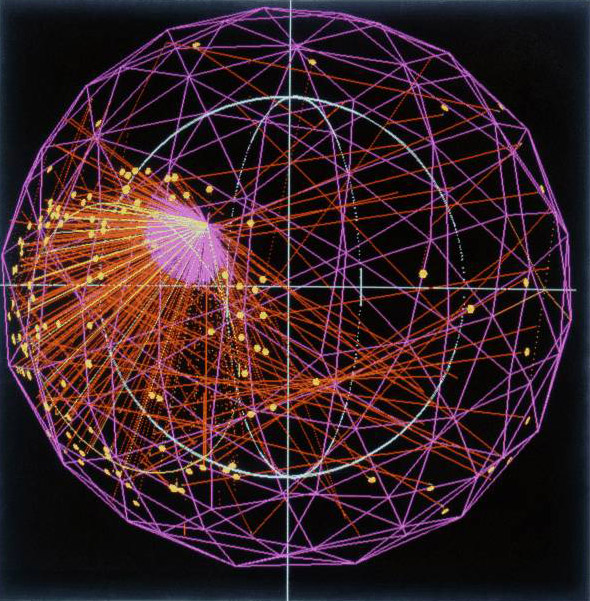 The Sun is the Earth’s main source of energy. Since the beginning of time, it has been steadily delivering its energy to every inch of the surface of the Earth. The thing that keeps the Sun from using up all of its energy and power is nuclear fusion, where nuclei combine to form much larger nuclei, in the process releasing a tremendous amount of energy. A by-product of nuclear fusion are particles called neutrinos.

The Standard Solar Model can predict or determine the number of neutrinos that pass through the Earth. In the 1960’s, John Bahcall developed a formula to predict the neutrino flux, while Raymond Davis tested it. When the results were received, they found that there was a discrepancy between the theoretical prediction of the number of neutrinos and the actual measurements from neutrino detectors. The measurements from the detectors amount to only about 1/3 of the predicted total, much lower than what was anticipated. This became known as the Solar Neutrino Problem.

In recent times however, the Solar Neutrino Problem was eventually solved. The problem existed due to an incomplete knowledge of the inner working of neutrinos and their behavior during travel from Earth to the Sun. The Standard Solar Model was eventually modified to include neutrino oscillation.

In 2001, the first strong proof of neutrino oscillation was detected at the Subdury Neutrino Observatory in Canada. Raymond Davis Jr. and Masatoshi Kiba received a Nobel Prize for Physics for their work in determining the correct number of solar neutrinos.

Comments - No Responses to “What is Solar Neutrino?”