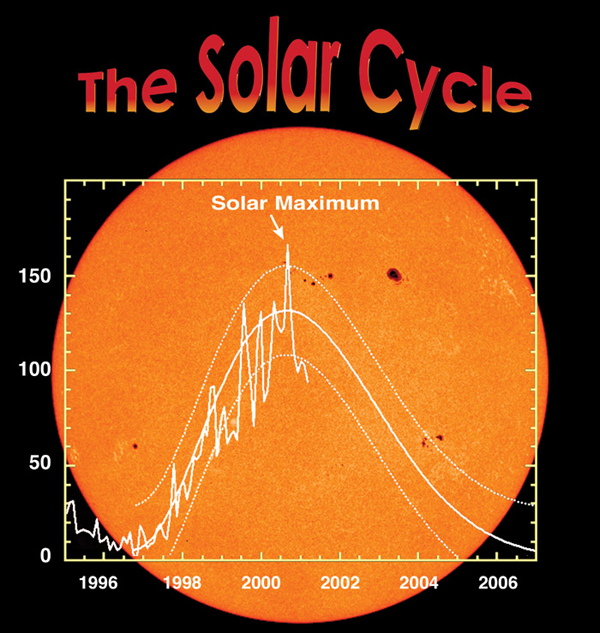 Although the Sun is about 93 million miles away from Earth, the various complex processes and activities that it undergoes can still affect the Earth and engage scientists. During the Sun’s eleven year cycle, scientists found that there is a constant period of activity that occurs roughly in the same intervals. Changes in the activity of the Sun will rise to a maximum level in eleven years, then follwed by a period of minimal activity. During this period of maximum activity called the solar maximum, there can be observed major fluctuations in the Sun’s magnetic field, and an increase in the number of sunspots, coronal mass ejections, and solar flares.

These drastic changes in the Sun’s activity can produce auroras, affect weather conditions, and radio communication lines here on Earth. The whole cycle of solar maximum – solar minimum can take about 22 years where the magnetic charge will be equalized, and eleven years from one solar maximum to the next.

The last recorded solar maximum was in the year 2000. Images obtained by the Extreme Ultraviolet Imaging Telescope of the Sun during that time showed a busy solar atmosphere with numerous sunspots, and some prominences around the Sun. The next predicted solar maximum will occur on 2013.

Comments - One Response to “What is Solar Maximum?”