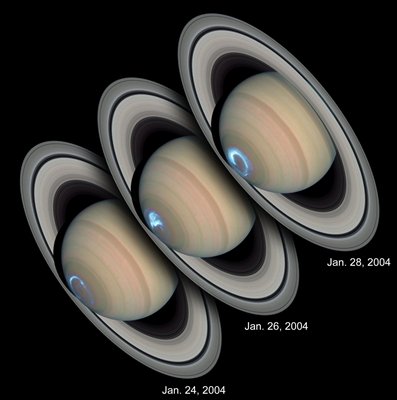 The planet Saturn is said to be the second largest among the known planets, having a diameter of almost 75,000 miles. It is also considered as the sixth planet to orbit around the sun at a distance of about 885 million miles. For an orbit to be completed, a calculation of almost 28.5 years should be taken despite the fact that its rotation is just for over 10.5 hours. Considered as a gas giant, it is known for having no surface but a rocky inner core with a layer composing of liquid metallic hydrogen.

A feature that is most striking in the planet Saturn is its ring system. Its ring system consists of a number of ice chunks in which sizes can be compared to dust particles estimated to be 10 meters big. The spaces in between these chunks are known to be large enough to enable probes to cross through them without any damage. It is said to have seven major rings and numerous smaller ringlets held by shepherd moons in place. The largest ring is known to be about 180,000 miles across.

When it comes to the planet’s number of moons, Saturn owns 60. The largest of its moons is referred to as Titan, which is bigger compared to that from Mercury with 3,200 miles in diameter. It contains within it thick nitrogen atmosphere. Based on researches and probing made for Saturn, it has been discovered that the planet has within it what can be viewed as river channels and shoreline. It can also be described as a surface full of rocks surrounded with an orange haze.