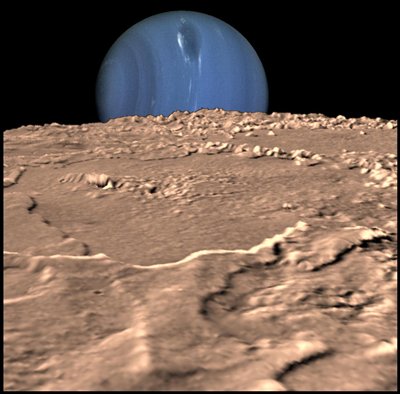 The planet Neptune has features that other planets don’t have. It is far from Earth in which it can be compared to a tiny star when being observed through the use of binoculars. It is said to be brilliantly blue. When we are viewing planets in the sky at night, we actually see the light that is reflected off of these planets from the sun. Due to this, it can be ascertained that reflected sunlight is also seen from Neptune. The reason why the sun’s reflection appears as blue and not yellow is because the presence of the methane gas in the planet.

The particles of icy methane in the clouds takes orange and red light waves and absorbs them, which leaves blue light waves to make an escape and create an outward reflection through our eyes. This is the process of how the sunlight is being reflected off to the atmosphere of the planet Neptune that causes its blue appearance.