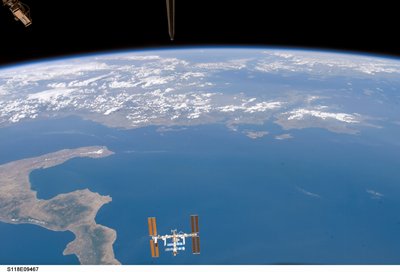 Our home planet, Earth, is considered as the biggest one when it comes to terrestrial planets. Terrestrial planets are described as dense planets located within the solar system. This planet is just right for living things. The temperature, the atmosphere and weather conditions are just enough to sustain life and keep all living things breathing. The planet has one moon named as Luna.

Aside from the presence of oceans and atmosphere, planet Earth’s outer surface is a crust that is mostly made up of silicates. These silicates are of several interesting forms and may appear as amethyst, quartz, smoky quartz, rose quarts and any other of the many precious stones. The colors of these may vary depending on the impurities present. The crust of the Earth is also composed of all chemical elements that are stable but these form compounds through each other. Some natural elements present within the earth are coal, gold and diamond.

Transition zones are present in between the Earth’s inner core, outer core, its mantles and crust. Because they have different density and chemical compositions, they are usually being described as different layers or shells. If you desire to learn more about what methods are used in the determination of the thickness and the properties for these layers, you may be able to find it on books that describe the planet Earth in full details. Many fields of specific fields of science are already available for the purpose of making a study of our planet. Properties that may be used to describe our planet are its heat flow, mechanical motions, continental movements, gravitational fields and elemental and chemical distributions.