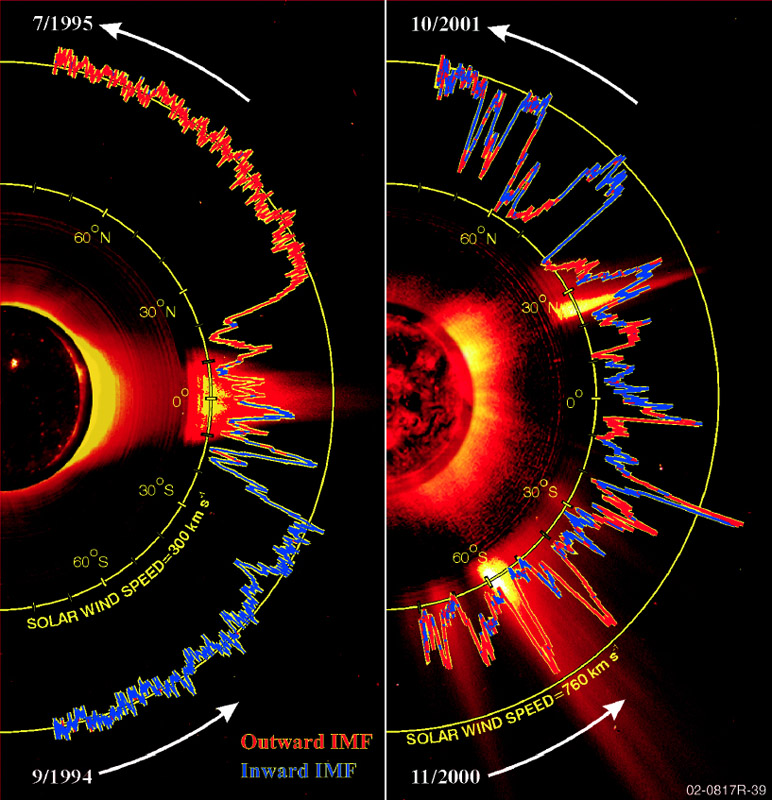 Solar winds stream off from the Sun in all directions on average speeds of about 400 km/s which is the equivalent of approximately 1 million miles per hour. The source of these is the Sun’s very hot corona. There are two major reasons why these solar winds can escape the Sun’s gravity. First are the solar winds’ high kinetic energies. Second, the corona’s temperature is so high that the Sun’s gravity cannot get hold of it to pull it down in place. They are composed of protons as well as electrons whose energies range in between 10 and 100 KeV. These streams of charged particles vary in both speed and temperature over time.

There is a vast bubble called the heliosphere in the interstellar medium which surrounds the solar system. This heliosphere is created by the solar winds.

The Sun’s extended outer layer called the corona is an area composed of plasma whose temperatures could reach up to over 1 million degrees Celsius. As thermal collisions occur in this region of plasma, the particles contained in the inner corona will have a distribution and range of speeds that can be described by what is termed as a Maxwellian distribution. Particles within the corona can achieve energies that allow them to reach escape velocity and build an electric field that will accelerate ions to escape away from the Sun.

Comments - No Responses to “What are solar winds?”