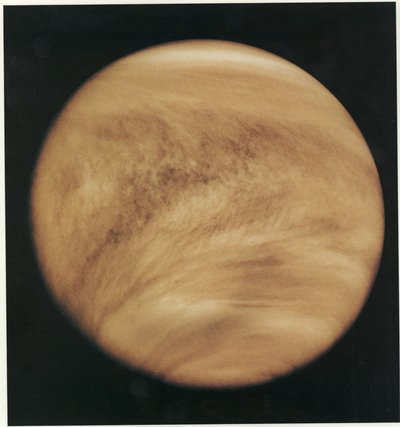 Venus is the planet that most resembles Earth. Like the Earth, it is a terrestrial planet, which means that it is composed mainly of rocks. The size and the mass of Venus are also close to that of the Earth’s. For these reasons, it is often called Earth’s sister planet or Earth’s twin. However, one of the most baffling differences between the two planets is that Venus does not have a natural satellite or moon.

According to a theory, the Earth’s moon was caused when an object with a mass similar to that of Mars impacted the Earth many years ago. This caused a fragment of the Earth to hurl into orbit and with the debris from the large impacting object, eventually formed the moon. It follows that Venus should have a moon because of its similarity to Earth.

There are several theories that might explain the non-existence of Venus’s natural satellite:

Comments - 10 Responses to “Venus Has No Moon”