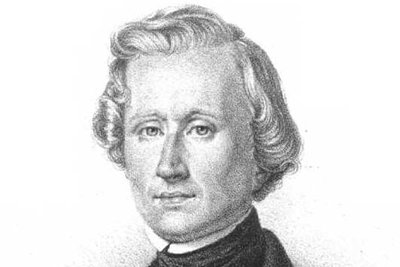 Urban Jean Joseph Le Verrier discovered the planet Neptune with a mere stroke of his pen and many scribbles mostly based on the laws of gravity theorized by Isaac Newton. Urban Le Verrier, a French mathematician found himself shifting his interest from chemistry to the study of astronomy, particularly the science of celestial mechanics. He was born at Saint-lô, Manche, France and received his degree at Ecole Polytechnique, which is today recognized as a state-run institution of higher education and research. He studied for a brief time under the mentorship of Joseph Louis Gay-Lussac, a famous French chemist and physicist.

His most profound discovery was, through mathematical equations and astronomical observations, that of the planet Uranus. Neptune, a then undiscovered astronomical body, is known as the 4th largest planet by diameter, a blue planet named after the roman god of the sea. He immersed himself into a substantial discovery with complex calculations to explain the discrepancies between Uranus’ orbit and the one predicted by the laws of gravity by Sir Isaac Newton. He disclosed this prediction to the public on August 31, 1846.

He is today remembered as attributed to Arago as “the man who discovered a planet with the point of his pen”. He died in France and his body was buried in the Cimetiere Montparnasse where a celestial body was placed on top of his grave. Though he made a very exceptional contribution the astronomy, he never had a glimpse of the planet he discovered; he was satisfied with his equations and the words of the people.