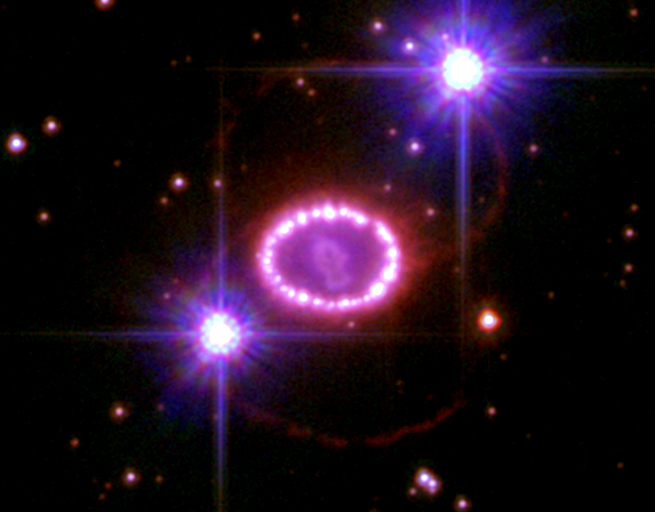 When stars reach their final stage, some explode as a consequence of nuclear reactions occurring inside the core. The stellar explosion is called the supernova which is divided into physical types: the Type I and Type II.

Type II supernovas usually occur at the end of a super giant star’s life. They usually result from stars having more than 8 solar masses that are unable to transform into white dwarfs. At the end a star’s life, the fuels become exhausted and nuclear reactions ensues.

In the case of the type 2 supernova, there is an increased production of iron in the core from continuous nuclear fusion. The nuclear reactions resulted from of the early conversion of the core into helium which later initiated the production of the different elements resulting to a massive core. The mass that is produced, more than 1.44 solar masses, is so great that implosion will ensue. The mass is the so called Chandrasekhar limit. When this limit is exceeded, the shrinking core will have an extremely high temperature that will cause the formation of neutrinos and neutrons. The forces between the neutrons will cause the implosion to be directed outward, resulting in a massive shock wave capable of causing the supernova.