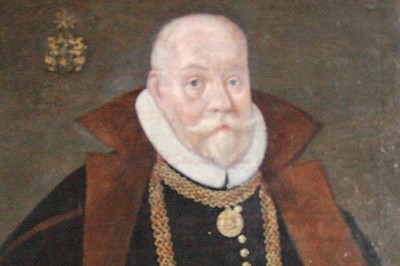 A Danish nobleman, astronomer and alchemist, someone who took hold of a career in politics because of his status, Tycho Brahe was born on December 14, 1546 and lived at Knutstorp Castle. His family came from nobility. Otte Brahe, his father, held an important position in the court of the Danish King. His mother, Beate Bille, came from a family of clergymen and politicians. It was said that it was his uncle Jorgen Thygesen Brahe who raised him. Tycho’s parents promise to give a baby boy to Jorgen and his wife, who had been childless.

The younger Brahe studied at the University of Copenhagen to fulfill his uncle’s request of him to take up Law, but while studying he attended other classes and he eventually got interested in Astronomy. In 1560, a Solar Eclipse occurred that amazed him and made got him more interested in Astronomy. From there, he started to make his own studies and sought for help from Astronomy professors. He realized that in studying Astronomy, an accurate and systematic process had to be followed; he modified existing instruments and developed new ones which aided him in his on-going studies. Also, he was one of the astronomers who did not use of a telescope.

Sometime in 1566, he went to the University of Rostock in Germany where he lost a part of his nose while taking part in a duel. He had an argument which resulted to a broken nose. Imagine a nose that lacks a part, he must have not accepted it that’s why a replacement for his nose was placed instead. Moving forward, he lost his uncle which allowed him to fully divert interest from Law to Astronomy, in which he was supported by another uncle. Love had come Tycho’s way in 1571.

He and wife, Kirsten had eight children which strengthened their relationship for thirty years. It is interesting to note that he wrote a lot, at an early age he wrote an ode for a twin brother who died in which he wrote accounts of his life experiences. Also, he was recorded to have a dwarf, who served as a court jester and a tamed elk.

Tycho was proven to be adept in the field of Astronomy; his observations on a Supernova claiming that it is a real star since its position did not change; he had precise observations even without the aid of a telescope; the observations he had of Mars provided patterns for the succeeding astronomers; he also stated that the Earth is motionless at the center of the Universe; he proposed a solar system model inspired by Ptolemaic and Copernican Models, though this has yet to be proven, it had become the most widely accepted model for some time.

Tycho Brahe may have opted to go into politics but preferred to be involved in the field of science. His contributions have proven invaluable and his expertise in the field cannot be denied.”

Tycho Brahe and his contribution in planetary motion

Comments - One Response to “Tycho Brahe”