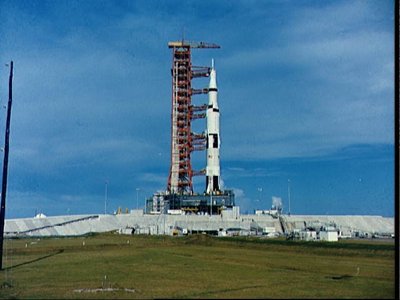 Space mission Apollo 4, also known as Apollo-Saturn 501 (AS-501) was an unmanned flight which orbited three times and lasted for about eight and a half hours. It was launched on November 9, 1967 from the John F. Kennedy Space Center. The mission was to test the complete Apollo command and service module which stages are all functional. It tested for the capacity of the module’s heat shield by reproducing the lunar return speed of 25,000 miles per hour. Apollo 4 was successful in achieving its objectives and the spacecraft that served as a dummy for manned space flights to come pressed forward the Apollo space program.

Apollo 4 was the largest vehicle in the space program to successfully fly. It was also the first spacecraft to reenter the earth’s atmosphere at a speed close to the lunar return speed. To hasten the process of testing the components of the spacecraft, it was decided that on this mission, all components shall be tested in one go. This cuts the time, cost, and effort for individual testing but that meant that everything has to work properly or else tracing the flaws in a failed mission will be close to impossible. Fortunately, every component worked out fine. The command and service module used for this mission was the older design meant for systems testing rather than the newer version which had docking mechanisms for lunar landing. But since it was unmanned and was not intended to land on the moon yet, the CSM used was good enough for the engineers.

Upon the launching of Apollo 4 from the Kennedy Space Center, the amount of noise and energy from the engines of the rocket was immense that ceiling tiles of the buildings more than four miles away from the launching pad fell off. For this reason, NASA came up with a sound suppression system that pumps tons of water onto the flame trench under the launch pad. The spacecraft reached the height of 18,000 kilometers into space and followed an elliptical orbit. On its entry back into the atmosphere, another stage was burned to send it at 40,000 kilometers per hour, simulating a lunar return speed.

The success of the Apollo 4 space flight gave the engineers and scientists more hope that a future spacecraft will soon land the first man on the moon by the end of the decade. Its command module is currently on display at NASA in St. Louis, Mississippi.