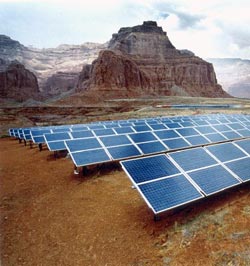 Even ancient people have recognized what the Sun can bring to life on Earth. Much more most of them even considered the Sun as god. The Egyptian Sun god is known as Ra, for Babylonians it was known as Marduk and the Sumerians called it Utu. The Aztecs of central Mexico offered human sacrifices to the Sun believing that it would maintain the strength of the Sun to prevent the end of the world. Many structures were built by cultures in early times to follow the motion of the Sun.

Today, with people knowing almost everything about the Sun, the answer to why the Sun is important is apparent. The Sun’s gravity keeps the Earth and other planets on their places in the Solar System. Without the Sun, then the Earth may be floating endlessly in space.

The Sun provides the light and heat every living organism needs to exist. The plants use light to produce food for humans and animals through the process called photosynthesis. It is believed that the extinction happened about 65 billion years ago was caused by the darkening of global skies as the Earth was struck by an asteroid. The dust produced by this catastrophic event darkened the atmosphere for several years killing the plants that eventually caused for animals to die. The Sun’s heat is responsible why the planet Earth can support life by making liquid water exists. It is also this heat that brings about the movement of air called wind.

Life today will not be convenient without electricity to power everything people use in his everyday’s life. The Sun is a main source of energy that can be transformed to other forms of energy. Fossil fuels, the main source of petroleum would not be present if not of the Sun. Solar energy is also a source of renewable energy. The energy of the Sun is necessary for life on Earth.

Comments - No Responses to “The Importance of Sun to Earth”