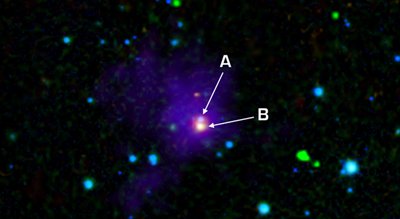 Although astronomers have officially downgraded Pluto to mere dwarf planet, it still remains an object of fascination for most scientists. In fact, NASA has sent an unmanned spacecraft, the New Horizons on a mission to Pluto. Its mission is to capture the first close-up images of its surface; the craft is scheduled to reach Pluto by July 2015. Researchers are continuing to study the dwarf planet in the hopes of gaining more insight about the history of our Solar System.

Pluto’s distance from the Sun results in a broad range of temperatures on the surface, although it still remains incredibly cold by Earth standards. In fact, the surface temperature of Pluto is so cold that scientists use the Kelvin scale to measure it. The zero point of the Kelvin scale has been set at approximately -273° Celsius, a theoretical maximum point from which no additional energy can be extracted from a system.

Using Kelvin, the mean surface temperature on Pluto is 44° K (approximately -229° C) with a maximum of 55° K (-218° C) and a minimum of 33° K (-240° C). However, Pluto’s atmosphere is actually warmer than the surface of the dwarf planet due to the presence of unexpectedly large amounts of methane. The average temperature in the atmosphere is around -180° C, making it over 40° C hotter than the surface.

However, the most abundant gas in Pluto’s atmosphere remains nitrogen, followed by methane and carbon dioxide. Its thin atmosphere is the reason why Pluto’s surface is so cold; as the dwarf planet moves farther from the sun, the atmosphere freezes and falls to the ground, but when it moves closer to the Sun, the frozen gases sublimate back into gaseous form, creating an anti-greenhouse effect that cools the surface of Pluto.

Comments - 26 Responses to “Temperature on Pluto”