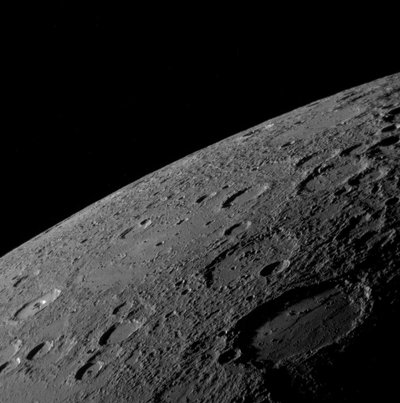 Mercury, the smallest planet in the Solar system, is classified as a terrestrial planet along with Earth, Venus, and Mars. The surfaces of these terrestrial planets are composed of silicate rocks and these planets are classified in a group called inner planets. Mercury and other inner terrestrial planets are made up of a metallic core with a surrounding silicate mantle. It consists of approximately 70% metallic and 30% silicate material. Mercury has canyons, craters, mountains and even volcanoes. Some are active. The planet does not have an active hydrosphere which cannot slow down flying objects from space that could impact on the planet.

The surface of Mercury is very similar to that of Earth’s moon, with closer examination, you can’t tell them apart. Mercury has had its share of outer space objects landing on its surface hence the formation of some of its craters. The other craters on the planet are caused by volcanic eruptions but these eruptions have also caused some of the smooth surfaces on the planet. When a hole or crater is created on the surface or just low lying areas, the magma from the volcanoes flow and fill up those gaps thus creating the smooth areas.

Because Mercury is abundant in craters, two of the biggest craters known on the planet are Carolis Basin which spans an area of 1,550 km in diameter and the largest Skinakas Basin with a diameter of 1,600 km. Because of Mercury’s distance from the Sun, every once in a while, it experiences intense tides that changes the level of its surface. Each of the craters on the planet has certain different features distinguishable from its surroundings. One of Mercury’s craters is said to have been from an impact that was so intense that it caused ripples throughout it surrounding causing small canyon or mountain like features.

Comments - 6 Responses to “Surface of Mercury”