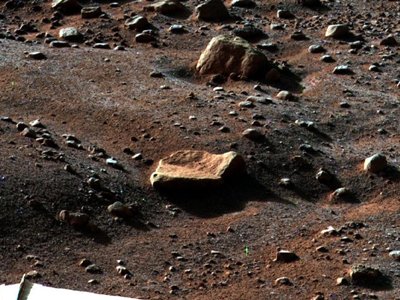 Mars, is considered as the Earth’s closest neighbor, holds quite a few similarities to Earth. These include having volcanoes such as the biggest Olympus Mons, valleys such as the Valles Marineris which stretches 2/3 across the planet (or from New York to LA on Earth) and even deserts. Although the 4th planet from the sun is only half the size of Earth, Mars has both North and South poles with white polar ice caps. However, in recent studies, scientists have learned that the southern polar ice caps have receded. Because the temperature on Mars is so cold, water will automatically freeze, therefore, water in its liquid form does not exist on the planet.

The name of the planet comes from its reddish color, reminiscent of the Greek god of war, Ares. Scientifically speaking, Mars gets its reddish color due to the oxidized iron in its soil. Because of its bright red color making it quite distinguishable from the Earth, Mars is visible to the naked eye just like planets Venus and Jupiter that are bigger planets. Even though Mars is almost just as big as Mercury, because of its brightness, Mars is easily picked out by people without using a telescope.

The surface of the Red Planet is said to be very similar to the Earth’s moon. Mars has had its share of asteroid hits which is evident in the craters found on the surface. Evidence on Mars’ moon Phobos and Deimos which are believed to be captured asteroids because of their irregularity in shape and size. Besides iron, the surface of Mars also holds nutrients such as magnesium, chloride, potassium and sodium. But despite this, scientist have tested the PH level of the planets soil and has found out that the soil is actually quite pretty basic and can even allow for the growth of living organisms and even plants such as asparagus.

Comments - 6 Responses to “Surface of Mars”