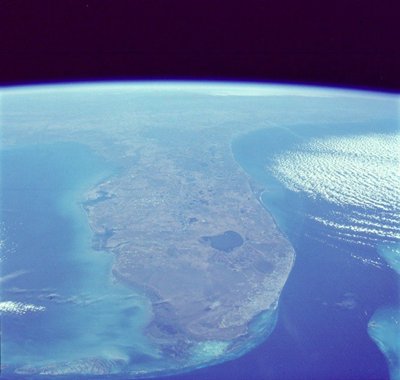 Earth is known as the densest planet in the Solar System and the largest among the inner planets. The Earth is actually an oblate spheroid where the poles are slightly flat and the equatorial region is bulging. An oblate spheroid is almost a sphere only with slight differences like the aforementioned. Earth is the only known planet to have existing life form. The existence of life is attributed to the movement of tectonic plates that allow for carbon dioxide recycling and prevent runaway greenhouse effect. The tectonic plates on Earth prevent it from getting too hot and eventually lead to the same fate as its sister planet Venus.

Earth is mostly made up of iron, magnesium, oxygen and silicon. 70% of the Earth’s surface is covered in water that is why Astronauts have dubbed it as the Blue Planet. The other 30% is land that are tectonic plates that have shifted through time with some rising above sea level, the other plates have submerged and some appearing and disappearing during low tides or high tides. The Earth has one moon but there is another object that it interacts with, the Sun.

On the Earth’s surface houses billions of life forms, some go back many years. Like the other terrestrial planets, the Earth also has craters created by impact of meteors, volcanoes both active and dormant, valleys, mountains & canyons. There are over 50 major asteroid impacts found on Earth. One of the most famous Meteor craters on Earth can be found in Arizona. The crater which was named Barringer Crater after the person who suggested it was caused by a Meteor and remnants of the meteor have been found.

Temperature of Earth over the Years

Comments - 3 Responses to “Surface of Earth”