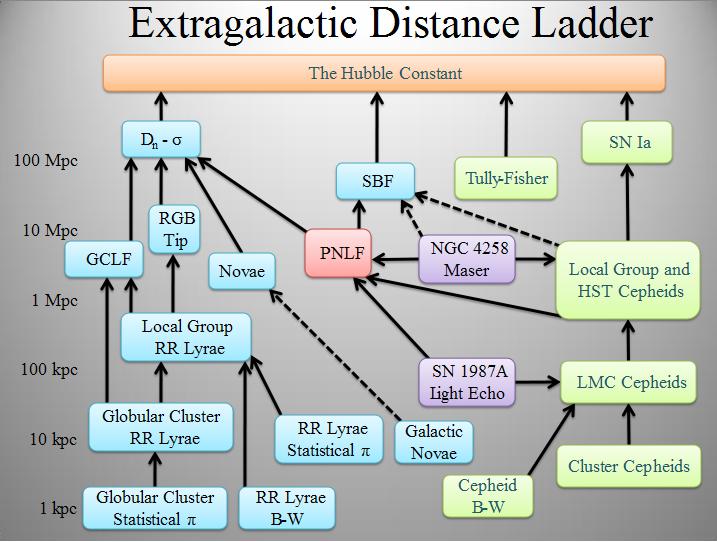 A standard candle is a class of astronomical objects that belong to the same class and have a standard luminosity or brightness. You can actually determine an object’s distance from the earth using standard candles.

This is a technical process which involves comparing the object’s brightness against a known or measured brightness from objects that belong to the same class. For example, you spot a certain object like a star or supernova, and determine that it is a standard candle; you can get its distance by measuring its brightness and comparing it to the known brightness of objects that are similar to it.

This method of determining the distance of an astronomical object is just one of the ways to measure distances in outer space. Other methods can also be used such as the parallax method or the astronomical unit.

The main drawback of using standard candles is the relative measure employed in determining the brightness of the celestial object. For example, you will have to know the exact magnitude of the brightness of each and every member of that class well enough to say that you have an accurate measure of its distance. You would also need to make sure that the absolute magnitude of your standard candle has been measured properly in order to use the formula in determining the distance of the object you have observed.

Nevertheless, with proper training and careful observation, you can very well utilize this method to determine the distance of the object you saw one night under a clear, starry, sky.

Comments - No Responses to “Standard Candle”