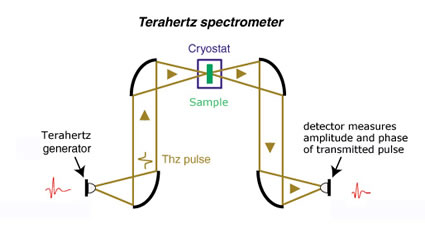 A spectrometer is an instrument that is used in analyzing a specific portion of light. This instrument is commonly used in to provide spectral analysis in identifying materials. If you are highly observant, you would have noticed that these instruments have found their way into pop TV culture.

Early spectrometers used prisms in order to break down light into its components. This was then viewed at different angles on a rotating platform. Modern spectrometers now work by diffracting a light source which involves passing a ray of light through a diffraction grating.

The resulting spectrum is then scanned by a detector in order to measure the different wavelengths and the intensities found in the sample. All of these are controlled by a computer. Nowadays, spectrometers have a wider range of operation and not only scan the visible area of the spectrum but also the highly energetic gamma rays, x-rays and infrared regions that are not visible to the eye.

Comments - No Responses to “Spectrometer”