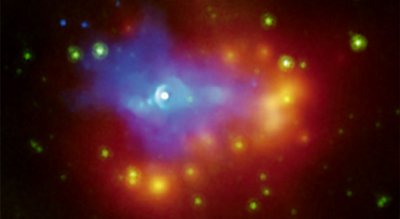 Space dust used to be a nuisance to many astronomers long ago because it obstructed their view of other cosmic bodies. With advancement in technology and recent discoveries, astronomers have found out that cosmic dust plays an important part in many astronomical processes. Cosmic dusts are grains of carbon and silicates that measure about a fraction of a micron. These dusts are classified based on their location.

For example, circum-planetary dusts are those found in certain planets’ rings such as Saturn. In the solar system, interplanetary dusts cause the zodiacal light, which is the triangular, whitish glow seen in the night sky. The glow is actually light from the sun that was scattered due to presence of dusts.

There are many methods employed to get cosmic dust samples. These dusts may provide information on what the state of the early solar system was since it is believed that it is from these dusts whence they came. Cosmic dust can also provide information as to how stars, planets and other cosmic bodies self-destruct. Since dust also evolves chemically, physically, and dynamically, studies on how this cyclic phenomenon occurs gives astronomers an idea as to how the universe evolves. Some of these dusts are also responsible for the nebulae that are seen scattered across the night sky.

Comments - No Responses to “Space Dust”