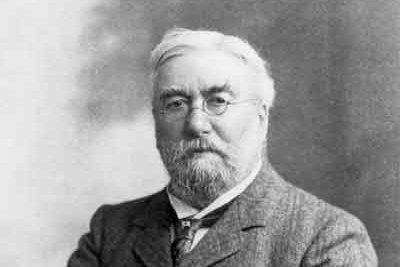 Sir Joseph Norman Lockyer, a known member of the Fellow of the Royal Society was born on May 17, 1836. He was an English scientist and astronomer, with works of Robert Bunsen and Gustav Kirchhoff on spectroscopic work inspired him so much that he decided to venture into spectral studies as well as his traditional astronomy studies.

His works mainly involved the Sun and it was in this study that he investigated sunspots and solar prominences discovering in 1868 with Pierre Janssen. It was in this investigation that he made his most important discovery. He was able to successfully identify the spectral line then to be an unknown element observed by Janssen in the year 1868 and proposed to name it helium, from the Greek word helios, meaning Sun. The discovery of the element Helium was supported and confirmed by William Ramsay in the year 1895, when he successfully isolated the gases in the atmosphere, one of which includes the element Helium.

In the year 1869, Lockyer established the science journal Nature to help facilitate the sharing and circulation of ideas between different scientific disciplines. He remained to be its editor until shortly before his passing in the year 1920. In 1894, Lockyer published his first classic of what?s been called the astro-archaeology, The Dawn of Astronomy and in 1906 he produced another work entitled Stonehenge and Other British Monuments Astronomically Considered. He aimed to establish the fact that many ancient monuments were astronomically aligned. He was passionate about his works, paying regular trips to Egypt, Greece, the Stranding Stones of Britain and led several solar eclipse expeditions, few of which includes the expedition to Sicily (year 1870) and India (years 1871 and 1898).

Lockyer retired in the year 1911 and established an observatory near his home called Hill Observatory, located in Salcombe Regis near Sidmouth, Devon. After his date, it was renamed the Normal Lockyer Observatory to honor and remember his contributions to the scientific study of astronomy.

Joseph Norman Lockyer died at the age of eighty four in his home in Salcombe Regis on August 16, 1920. He is buried in the churchyard of St. Peter and St. Mary.