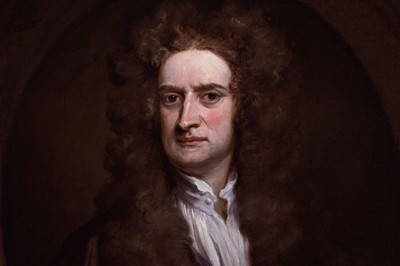 Who would have thought that this premature baby would become one of the World?s renowned and most influential people? This is due to his contributions in Mathematics, Physics, Theology and Philosophy?

Sir Isaac Newton was born on January 4, 1643; however, December 25, 1642 is his recorded date of birth as the Gregorian calendar was not yet adopted. He was named after his father, a peasant who died three days before he was born. He lived with his mother, Hannah Ayscough who later on remarried, which caused him to be taken care of by his grandmother. He had a relationship but there were no records that he got married as he was so engrossed with his studies. When his stepfather passed away, he was required by his mom to go on farming which he disliked. As fortune would have it, Henry Strokes, who was a master at King?s School (his old school) persuaded his mother to let him study again. Because he was motivated, he had good grades that made him on top of his class.

Sir Isaac?s first contribution was mathematical fluxions, which later on was improved and became known as Integral and Differential Calculus. His inventions gave way to various accomplishments and served as patterns in solving other problems and creating new formulae. Another famous contribution was the Law of Gravity. The genius saw an apple falling that made him think if the same also applies to the Moon.

He was also the proponent of the three Laws of Motion which state that (first) an object that remains at rest stay at rest and an object is in motion will not change its velocity unless an unbalanced force upon it or simply the Law of Inertia; (second) acceleration is produced when a force acts on a mass; thus, the more mass the object has, the more force has to be applied. Here, the relationship among force, mass and acceleration is considered; and (third) for every action, there is an equal and opposite reaction.

Sir Isaac Newton died in his sleep. His body was recorded to have had Mercury in it, which could have been the reason why he seemed to be a very strange man. His works will forever live as everything that people do can be well explained by his laws.