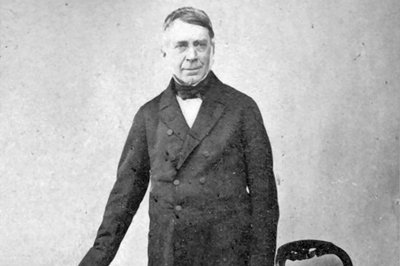 ?Our eyes met and my fate was sealed, I felt irresistibly that we must be united.? These were the words the famous Sir George Biddell Airy, an English mathematician and astronomer wrote to his wife, Richarda Smith on July 1824. Sir George Biddell Airy, an astronomer royal holding a senior post in the Sovereign of the United Kingdom, is well-known not for the smoothness of the words he uttered to his wife, but for his remarkable pursuit for the determination of the mean density of the earth.

He yielded such an extraordinary research with his use of pendulums in the top and bottom of a mine. His first two attempts, though were a failure having met with unfortunate natural disasters, he was prompted to relocate to a different mining area where he obtained the figures 6.566 as the earth?s specific density. Though later on this value may be changed, his contributions that Greenwich as the location of the prime meridian, is still a generally known fact taught in textbooks and schools today.

As a child, he became admirable to his peers for his skilled work for making peashooters. In college, he entered Trinity College as a sizar, exchanging work hours for tuition fee reduction. It was in this noble structure that he established his brilliance, having been a scholar, and a receiver of the Smith?s prize, and the title senior wrangler, the highest scoring student graduating with first-class honors.

He acquired various positions that led him to be a remarkable person in mathematics and astronomy. Being the astronomer royal, president of the royal society, a knight of the order of the bath, made him a very successful and well-respected man. He was also elected four times to be the president of the Royal Astronomical Society. Today, his name is etched on significant researches and studies; he is named after theories and honored for his contributions, such as the Airy stress function method, Martian crater airy, lunar crater airy, air wave theory and the term Airy disc. His most valuable achievement of all is his discovery of the new inequality in the motions of Venus and the Earth.