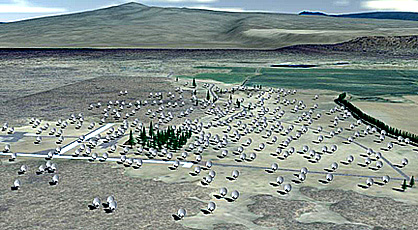 The Search for Extra-Terrestrial Intelligence (SETI) is a combined name for those activities related to the continuous search for any intelligent extraterrestrial life in the universe, other than earth. These activities and projects apply various scientific methods to scan the vast space for any forms of electromagnetic transmissions from intelligent civilizations on those distant planets. Early contributors to the SETI projects include the U.S. government, but recent projects are now primarily funded by various private sources.

The continuous search all around the cosmos for that first-ever intelligent transmission is a real challenge, since the general direction of the transmission and the communication methods remains unknown. Because of this, SETI projects have to make all those vital assumptions just to narrow the search grid, given the vastness of space. And with that came the first assumption that intelligent species, who could be of course hundreds, or even million years old well ahead of us could be using technology way beyond our imagination, probably through electromagnetic radiation as their way of communicating.

Various radio experiments have undertaken just for this purpose. They do so with the knowledge that several radio frequencies are well capable of penetrating our atmosphere, which then led to the use of radio telescopes investigating the cosmos using their large radio antennas all the time. Also, our planet emits radio radiation considerably because of our televisions and radio. Their radiations are easily recognizable as artificial. This can make the process of detecting those non-natural radio emissions from anywhere outside the solar system more manageable.

Comments - No Responses to “Search for Extra Terrestrial Intelligence SETI”