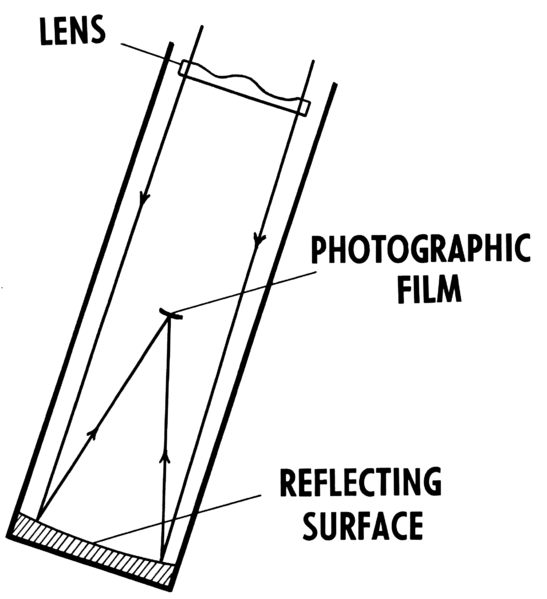 The Schmidt camera is a catadioptric astrophotography telescope that is capable of providing a wide array of options in its fields of views and with limited aberrations.

The film is located inside the camera, and at the prime focus. The design is special because it allows an astonishingly fast focal ratio when controlling the coma and astigmatism.
Today’s Schmidt cameras boast of sturdy curved focal planes. This means that the film and plate also must be curved to fit perfectly. The corrector plate, which is at the center of the primary mirror, requires a design that makes the tube length too long for wide-field telescopes because of the curvature feature.

Just like other important technologies making important impacts on the things that we do today, the Schmidt camera is without its own share of drawbacks in the design. One thing that can be pointed out is the obstruction of the film holder or of the detector that is mounted on the focus almost halfway up the tube assembly, which blocked a little part of the light. The obstruction also attributed to a certain loss in the contrast feature due to diffraction effects.

However, because of its special wide view that can successfully cover large portions in the sky especially with astronomical surveys and celestial body searches, the Schmidt camera proved valuable to research programs all over the world.

Comments - No Responses to “Schmidt Camera”