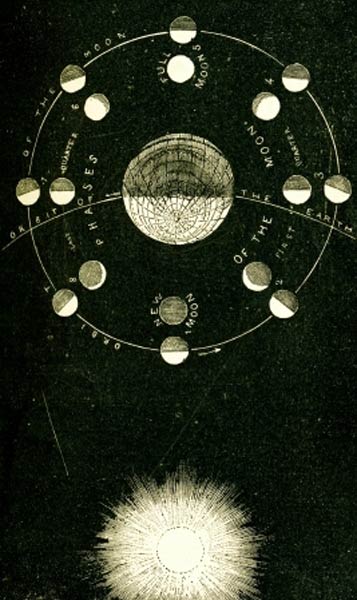 The rotation of the moon is an extraordinary occurrence as the time the moon takes for completely orbiting the earth is exactly the time it takes to rotate once on its own axis. Both the actions take 27.3 days to complete. This is unique feature of the moon is rare when compared to other celestial bodies.

It is because of this exceptional trait that we on earth always see the same side of the moon. If the time the moon took to circle the earth and rotate around its own axis differed, we would be seeing a different face of the moon with each cycle.

Astronomers who study the moon and its movement, express their doubt whether this phenomenon was present from the beginning of time. They believe some natural catastrophe such as an asteroid hitting the moon is responsible for this peculiar occurrence. According to them the sudden collision with the asteroid caused the moon to change its shape, tilt on its axis and change its rotational pattern. The collision affected the force of gravitational attraction between the earth and the moon. The moon experienced different amounts of gravity which brought about the way the moon rotates today.

Comments - No Responses to “Rotation of the Moon”