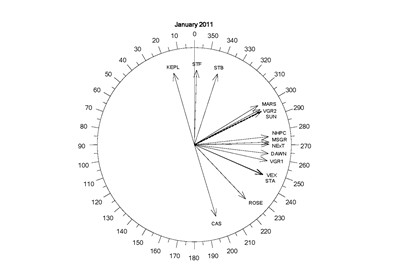 What is Right ascension? This is the term astronomer’s use for one of the two coordinates of a point right on the celestial sphere when using the equatorial coordinate system. The other coordinate is referred to as declination. It is said that the concept of RA has been known since the time of Hipparchus. It is often expressed in units of time rather than degrees of arc. The symbol for this is the Greek letter a meaning alpha.

For Right ascension, you may use any units of angular measure. However, it is typically measured using hours, minutes, and seconds, with 24 hours or 1 day being it’s equivalent of a full circle. . Without Right ascension and declination astronomers would not be able to accurately determine certain points in our sky. Needless to say, it is one of the most important tools in astronomy.

Comments - No Responses to “Right Ascension”