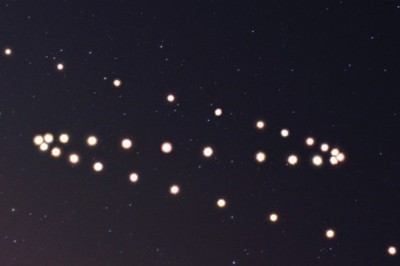 In the solar system most of the rotational and orbital motions are in the eastward direction. This is referred to as direct motion. Those in the opposite direction are called retrograde. There are three types of retrograde motion in astronomy. Planets, as scientists have noted move relative to the stars, moving from west to east in the sky. When we look at the sky, at the same time on two different nights, we will generally notice that the planets have moved a little to the east.

The retrograde motion refers to the backward motion of a planet. This is caused by the combined motion of both the planets and that of the earth’s. When both planets move eastward around the Sun and then the planet which has a smaller orbit will tend to move faster. Basically, when a faster planet dominates the Earth when it comes to their rotations, this planet’s motion against the stars would be seen from the Earth in reverse.

Every once in a while, however, a particular planet would do something relatively odd and this would be slowing down its motion to the point that it seems to have completely stopped for that period of time. Afterwards, it would begin moving towards the opposite direction, towards the west. For a second time, it would stop again and resume its normal movements. Ptolemy had this idea that all the planets were carried on a smaller circle and whose center moves along another larger circle around the earth which he referred to as the deferent.

Comments - No Responses to “Retrograde Motion”