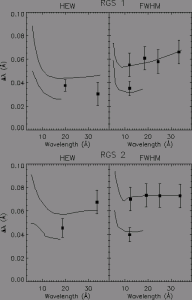 One of the most important features or power of a telescope is its capability of showing us the smallest details along with clear, sharp images of the object that we are viewing. This is what’s referred to as its resolving power. There are certain celestial objects that are too close together that they tend to blur into a single image if you were to use a particularly low-powered telescope.

However, if you were to view the same image through one that has got better resolving power, you would be able to see the details clearer. How is the resolving power measured? This is measured by the absolute smallest angle that can be resolved.

Did you know that there are some really powerful modern telescopes that are capable of counting the number of lines in President Roosevelt’s hair that was placed upon a dime located 3.7 kilometers away? For astronomers, it is all about getting the best telescopes with the greatest resolving power as this means that they would be able to view celestial objects better. This is also one of the reasons as to why radio telescopes are far bigger than their optical counterparts.

A good way of increasing resolution is to make an interferometer which is basically connecting telescopes together. The image would have the same sharpness as one that was taken by a single instrument which would extend from one end of this interferometer to another.

So there you have it, a few bits and bobs with regards to gauging a telescope’s resolving power.

Comments - No Responses to “Resolving Power”