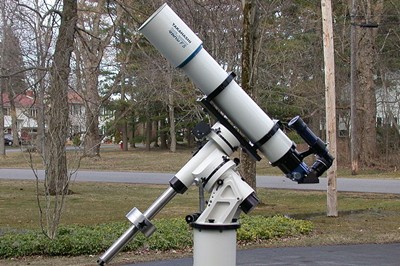 The first convex lenses to be used in refracting telescopes were designed and made by a Dutch optician named Hans Lippershey in 1608. What he discovered about how looking through a concave and convex lens positioned in front of each other can make distant objects look very much nearer paved the way for the use of these lenses in telescopes. Just a year later, the first refracting telescope to be used in the study of space was made by Galileo Galilee. It was through this device that he was able to map the surface of the moon and to discover four of the moons circling Jupiter.

But how exactly does a seemingly simple device enable you to peer into outer space? Well for starters, refracting telescopes basically have two parts that function to gather and collect light – the objective lens and the eyepiece. The objective focuses the light by bending it into a focal point. This focal point is where the image is formed. Once the person looks into the eyepiece, a concave lens will gather and focus more light than the eye could so that a magnified image can be seen.

Comments - No Responses to “Refracting Telescope”