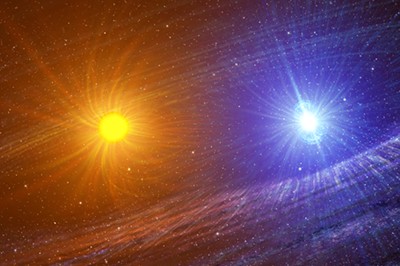 A few billion years into the life of a star and its center will run out of fuel to burn. This results in the cooling and contraction of the star that will give rise to the collapse of the core inwards due to gravity. Coincidentally, this collapse results in the fusion of hydrogen to form helium in the shell surrounding the core, generating enough heat to make the star hotter than it previously was.

This heat causes the outer portions of the star to enlarge leading to the weakening of the radiation as it reaches the star’s surface. At this moment the star has officially become a red giant.

Red giants cover a wide range of masses with some having the same mass as the sun while others are far denser and heavier. The diameter is ten to a hundred times larger than that of the sun with the star’s luminosity far outshining that of the Sun by up to a thousand times. This increase in luminosity during the latter parts of a star’s life is owed to the fusion of alphas or helium nuclei.

Red giants are visible to the naked eye in the night sky, but they are quite rare because of the relatively short time that the star spends on this stage in their evolution. Typically the fusion of helium can only give the star very little energy resulting in the eventual cooling of the outer layers of the star. Some red giants are still visible though and the prominent ones include Antares and Arcturus.

Comments - No Responses to “Red Giant”