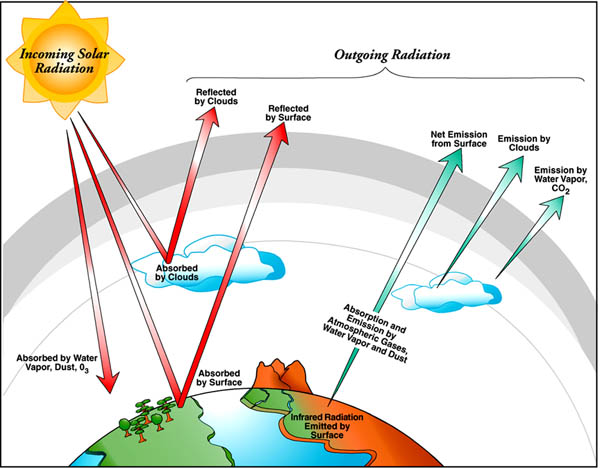 Radiation is a term overused by people who are fascinated and well-versed in the field of science. It can very well be considered a household term especially with the arrival of computers and mobile phones. People normally perceive radiation to be harmful; but little do they know that without radiation all things would cease to exist as the sun will stop giving off its heat through the process of radiation. So what really is this phenomenon?

Most dictionaries would define the term as the process of energy (either in rays or waves) emission from a source. In physics, it is a process by which energized particles travel through space or another medium. There are different types of radiation of which the emission of energy from radioactive substances such as uranium is one; however, what is important in astronomy and the study of space is electromagnetic radiation. Under electromagnetic radiation, there are also several types from gamma rays, infrared radiation, radio waves, microwaves, synchrotron radiation, and many others.

The discovery of electromagnetic radiation began with James Clerk Maxwell. He postulated that light is composed of electromagnetic waves. However, his theory had many loopholes. It was not until Max Planck’s quanta of radiation that the phenomenon was viewed clearly. He proposed that the absorption and emission of radiation occur in fixed units of energy referred to as quanta. Later, Albert Einstein shed light into the process when he proposed that electromagnetic radiation behaved similarly with particles, which forms the foundation of what people know today about radiation.