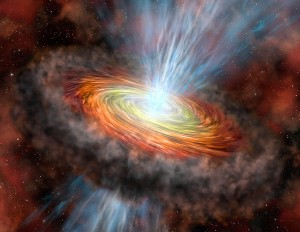 Thanks to Viktor Ambartsumian, a Soviet physicist, who proposed the existence of a protostar. Because of that much is known today about how stars are formed, dispelling unfounded beliefs of their origin.

You can think of a protostar as an immature star, starting its stellar (pertaining to stars) evolution. The development of a star begins with the nebula, a swirling cloud of interstellar (in between starts) gas and dust molecules. Because of the gravitational attraction that the molecules have, the nebula can unite into a denser, tightly packed object called a protostar through the process of accretion. The cloud becomes so dense that visible light inside it is blocked and cannot be seen. 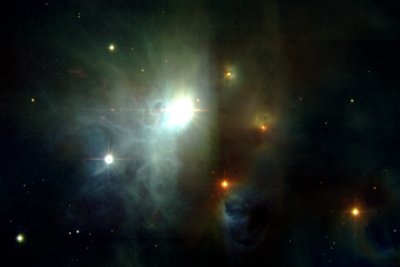 As the protostar continues to gravitationally attract material and condenses into a more compacted form, the temperature and pressure at its center increases. When the inner temperature reaches about ten million degrees Celsius or eighteen million degrees Fahrenheit, nuclear reaction at the center of the protostar ensues. Before this occurs, the protostar is in a very unstable state. Atoms of hydrogen then bind together into helium, releasing a huge amount of energy that radiates outward as light and heat. This is the reason why stars are seen by people as being bright. At this stage, the star has attained a state of equilibrium.

Comments - No Responses to “Protostar”