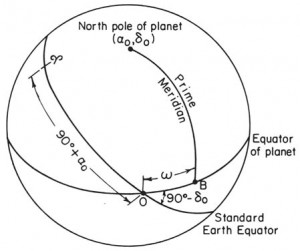 The prime meridian is considered as the middle point of earth. It is also commonly known as the Greenwich Meridian and is a component that forms the International Date Line, which then divides the Western and Eastern Hemispheres of the Earth.

It is generally known as zero degrees longitude or vertical line of reference in the world map. It was established through scientific intervention and conventions. Throughout time, the prime meridian has taken different places and exact locations. The established and modern prime meridian is now based in the royal observatory in Greenwich, a part of the legal territories of England, in the year 1884.

The modern and current zero degrees meridian, which is based on the Royal Observatory, in Greenwich, is the common referent point in navigation, either by air, or sea. It was chosen as the official prime meridian through the means of an international convention through the efforts of the then United States President Chester Arthur, with the help of 25 delegates from various nations. At those times, over two-thirds of the world has made Greenwich as the point of reference for the prime meridian. It was only the nation of France who abstained and did not vote for the said convention’s beliefs. Since then, France still used Paris as the point of navigation for more decades.

As additional information, the Royal Observatory, where the prime meridian is based on, was established by a certain Sir George Airy in the year 1851. It is now converted as a museum and at night, it beams a light northward through a laser, to mark the prime meridian.

Comments - No Responses to “Prime Meridian”