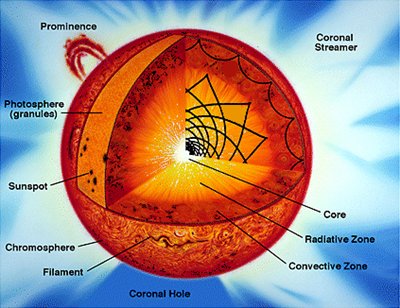 Light emitted by astronomical bodies is one of the major clues found in the vast universe. With light, astronomers and astrophysicists can see beyond the stunning brilliance of the celestial bodies found in our galaxy. The Sun is probably one of the most brilliant celestial bodies that we have seen and the nearest to Earth. The Sun emits light in epic proportions and supports life here on Earth. The Sun has a photosphere – a region where the light received here on Earth originates.

The Sun’s photosphere extends near its surface, in the region where the gas becomes opaque, with an optical depth of up to 400 kilometers. Despite the light emitted, the photosphere is one of the coolest regions in the Sun’s atmosphere with a temperature of about 6000 K. This region is also the densest part of the solar atmosphere but still incomparable to Earth’s atmosphere. At a closer look, the photosphere is comprised of convection cells known as granules, which are gas cells with a diameter of about 1000 kilometers with a life span of about eight minutes, following a continuous boiling pattern. This region in the solar atmosphere often appears as dark specks called sunspots, which is caused by the Sun’s magnetic field.

Other astronomical bodies have a photosphere like the Sun. This region in an astronomical body’s atmosphere is often the deepest, which is transparent for photons in different wavelength of the electromagnetic spectrum. The photosphere is a visual description of the Sun’s or another star’s surface.

Comments - No Responses to “Photosphere”