Why the Moon has different phases and shapes

The cyclical phases of the Moon are actually different angulated views of the Moon created by the relative positions of the Sun, Earth, and Moon. At any one point of time, the Moon is half-lit by the Sun (of course, except during lunar eclipses when the Moon is directly behind the Earth with respect to the Sun and is completely shadowed by the Earth).

However, as the Sun, Earth, and Moon periodically move and orbit through space, the portion we see illuminated on the Moon changes. Since the shadowed portion of the Moon remains invisible to the naked eye, we only see the different Moon “shapes.” Note that the phases of the Moon are different geometric views of the half-lit Moon from Earth, which are not created by the shadow of the Earth on the Moon.

A Lunar Month cycle, the time from full moon to full moon, is 29.53 days. This synodic month is longer than a sidereal month: 27.32 days. This is the time it takes for the Moon to orbit the Earth relative to the view of the stars. The discrepancies of the two time periods is due to the fact it takes the Moon 2.21 days to “catch up” because the Earth travels about 45 million miles around the Sun in the time that it takes the Moon to complete one orbit around the Earth. If the Earth were not moving, maybe both the time periods would be about the same. 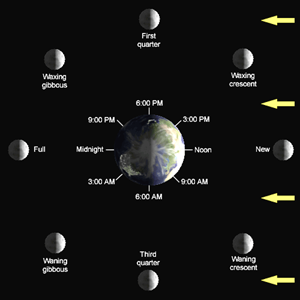 What Are The Phases of the Moon? 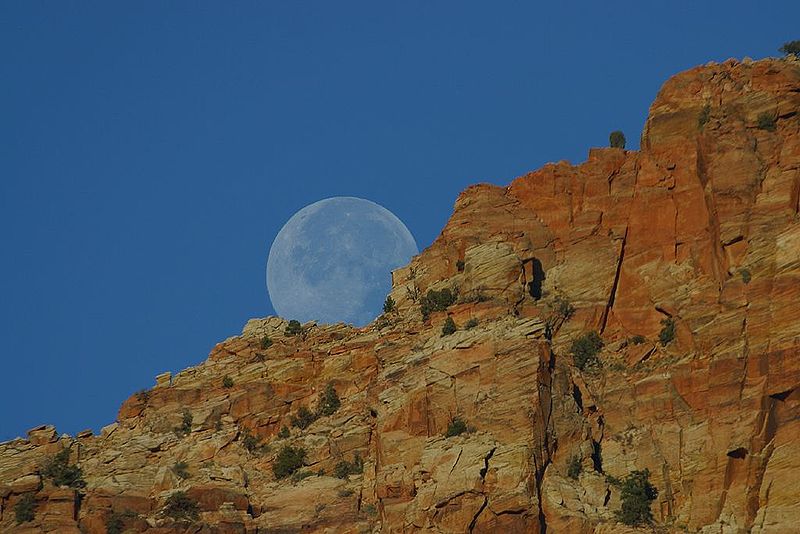 Just as the Sun rises and sets on the horizon each day, so does the Moon. The time of these events change depending on the current phase of the Moon. The moonrise time increases about thirty to seventy minutes with each passing day, compared to the day before. The Moon can be found as often during the day as often as it can be at night.

As it waxes to become a crescent moon, then half moon, then gibbous moon, and onto a full moon, the Moon rises during the day (after sunrise), rising later and later every day, and sets during nighttime, later into the night with every passing night.

As the full moon approaches, the moonrise and moonset times progress such that the Moon rises at sunset and sets at sunrise.

As the Moon wanes, becoming a half moon, crescent moon, and returning again to a new moon, the Moon starts to rise during the night (after sunset), and sets during the day.

Over time, the Moon rises so late that it rises around sunrise while setting at the same time as sunset. Ultimately, the lunar cycle returns to new moon all over again.

Did you know that there are special names for the different full moons? In North America, names associating with weather or agriculture are the most common: 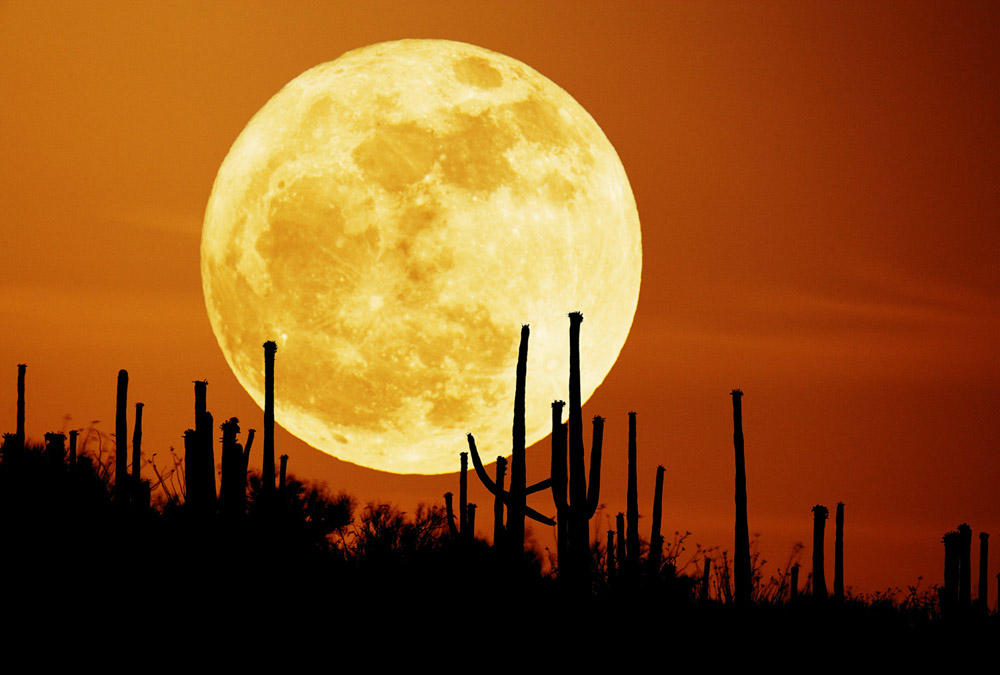 The most well-known of these is the Harvest Moon, which is the “fullest” full moon. The Harvest Moon occurs closest to the autumnal equinox, around September or October. It is the brightest moon and has historically aided farmers during harvest season by extending hours in which farmers can work (hence the name “Harvest Moon”).

This is because normally the moon rises 50 minutes later each day, but during the Harvest and Hunter Moons, the Moon moves through the short arm of its elliptical orbit about the Earth. At this point, the Moon rises 30 minutes later each night, rather than 50. Hence, the darkness period between sunset and moonrise is shorter during the times of these autumn full moons.

This does not occur every month because the Moon’s orbital path around the Earth is tilted about 5 degrees from the Earth-Sun plane, the shortest path between the Earth and the Sun. The Moon, Sun, and Earth would have to all align very closely during full or new moons for eclipses to occur. Even then, major eclipses of the Sun or Moon are quite rare.

What is a Blue Moon? 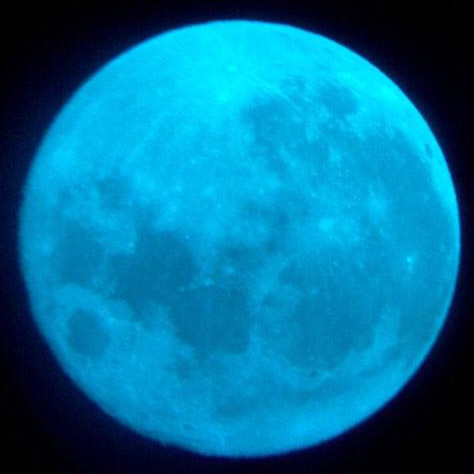 A blue moon is typically the second full moon that occurs in a calendar month. Since we do not follow a lunar calendar, the span of one month does not equal one orbit of the Moon around Earth. Every so often, about once every 33 months, two full moons will occur within a calendar month. This is common before or after February, the shortest month of the year and the one during which a full moon could be skipped entirely.

Comments - 2 Responses to “Phases of the Moon”